You are here: Home / Special Programs 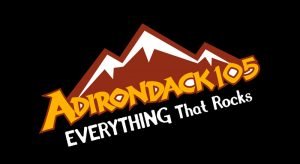 Dick Bartley has been hosting America’s Classic Hits request radio show since 1982. Debuting as “Solid Gold Saturday Night,” the program became “The Rock & Roll Oldies Show” on Westwood One, and since 1991 has been known as “Rock & Roll’s Greatest Hits!” With our new home, the United Stations Radio Network, comes a new toll-free request number: 1-866-989-1975 . . . call any time to request your favorites!

Dennis Mitchell’s Breakfast with the Beatles, Sundays from 7-9am

Dennis Mitchell’s Breakfast with the Beatles is a radio show dedicated to the greatest band there ever was… THE BEATLES. This Beatles radio show is intensely researched and presented in such a way to provide a Beatles fan’s perspective, kind of like a weekly listening party for Beatlemaniacs. America’s longest running Beatles show!

Acoustic Storm is a nationally syndicated radio program, featuring the best variety of acoustic-based rock. With an emphasis on acoustic guitar-driven songs, Jeff Parets presents the full spectrum of acoustic rock, including rarely heard “unplugged” versions of classic tunes in their purest form.